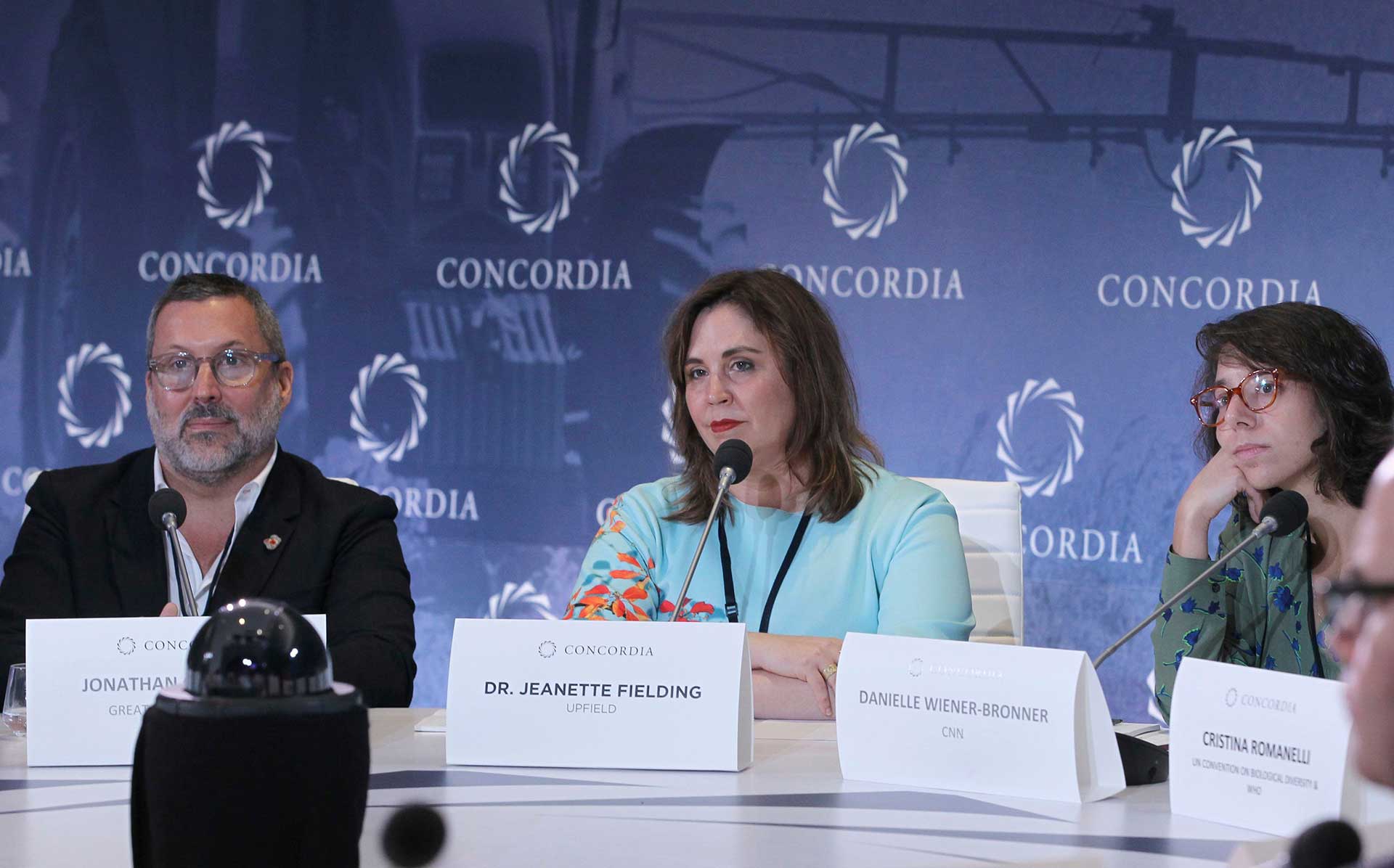 Transforming the food system agenda, amplified with a roadmap from experts.

The Opportunity
Shifting the global population towards a more plant-based diet has been found to be one of the biggest mitigating factors to prevent climate change (IPCC report, 2019), along with plant-based foods forming the base of the dietary pyramid. While the industry was growing, as was the number of its advocates, in 2019 there was a lack of a roadmap of how to enable change that was broadly understood.

The Solution
In a series of roundtables across the US, UK, and EU, we developed a policy position paper with global experts and stakeholders that provided a roadmap on the basis of health, food systems, and sustainability. It addressed the need from a health and sustainability perspective. The policy position was launched with key global stakeholders from the WHO, FAO, GAIN, government officials, industry, plant-based–eating celebrities, chefs, media, and academics at the Concordia Summit in New York. The dialogue was entitled “For Health and Humanity: Transitioning to a Global Plant-Based Future.” The policy roadmap has been used as the basis of further regional and national policies, and to drive advocacy for food system transformation and eating more plant-based foods. Extensive media coverage was achieved, including live interviews at the Concordia Summit with multiple media outlets. To help amplification, strong geotargeted social media coverage promoted the roadmap. The amplification strategy helped build awareness of the new policy roadmap and increase the positive, impactful voices of the brands involved.

Contact us to put Passion and Practice into action.

We use cookies on our website to give you the most relevant experience by remembering your preferences and repeat visits. By clicking “Accept All”, you consent to the use of ALL the cookies. However, you may visit "Cookie Settings" to provide a controlled consent.
Cookie SettingsAccept All
Manage consent

This website uses cookies to improve your experience while you navigate through the website. Out of these, the cookies that are categorized as necessary are stored on your browser as they are essential for the working of basic functionalities of the website. We also use third-party cookies that help us analyze and understand how you use this website. These cookies will be stored in your browser only with your consent. You also have the option to opt-out of these cookies. But opting out of some of these cookies may affect your browsing experience.
Necessary Always Enabled
Necessary cookies are absolutely essential for the website to function properly. These cookies ensure basic functionalities and security features of the website, anonymously.
Functional
Functional cookies help to perform certain functionalities like sharing the content of the website on social media platforms, collect feedbacks, and other third-party features.
Performance
Performance cookies are used to understand and analyze the key performance indexes of the website which helps in delivering a better user experience for the visitors.
Analytics
Analytical cookies are used to understand how visitors interact with the website. These cookies help provide information on metrics the number of visitors, bounce rate, traffic source, etc.
Advertisement
Advertisement cookies are used to provide visitors with relevant ads and marketing campaigns. These cookies track visitors across websites and collect information to provide customized ads.
Others
Other uncategorized cookies are those that are being analyzed and have not been classified into a category as yet.
SAVE & ACCEPT